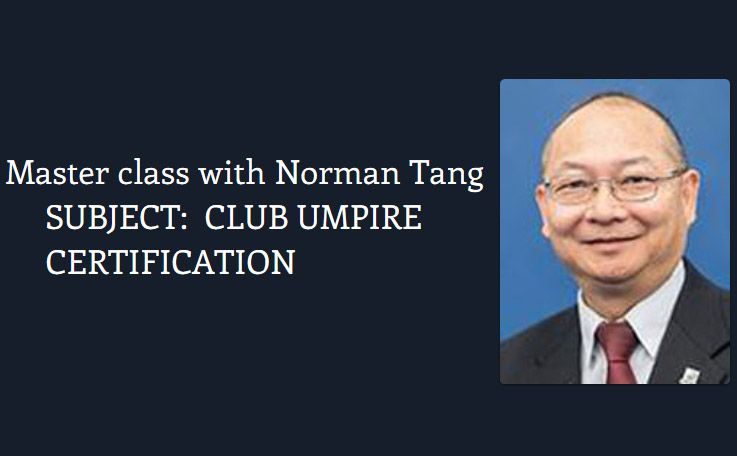 Since 1993, Norman worked local tournaments as an umpire and then a referee.
As an umpire, Norman Tang had one more goal in his sights.  It was to become recognized as a Blue Badge Umpire which is the highest designation awarded by the International Table Tennis Federation (ITTF).  In 2008, he attended the Advanced Umpire Training seminar, wrote the Advanced Rules Exam, passed the fluency test and completed 4 matches at the International level at a satisfactory or above level.  He was awarded the new status.  He became Canada’s representative at the World Championships in Moscow, Russia in 2010 and was selected to umpire the Women’s Team Final match.  After this experience, Norman, as a Blue Badge Umpire was invited by the ITTF to the Olympics in London, England in 2012.  This was a major highlight in his career especially when asked to be the umpire for the Women’s Team Final gold medal match.