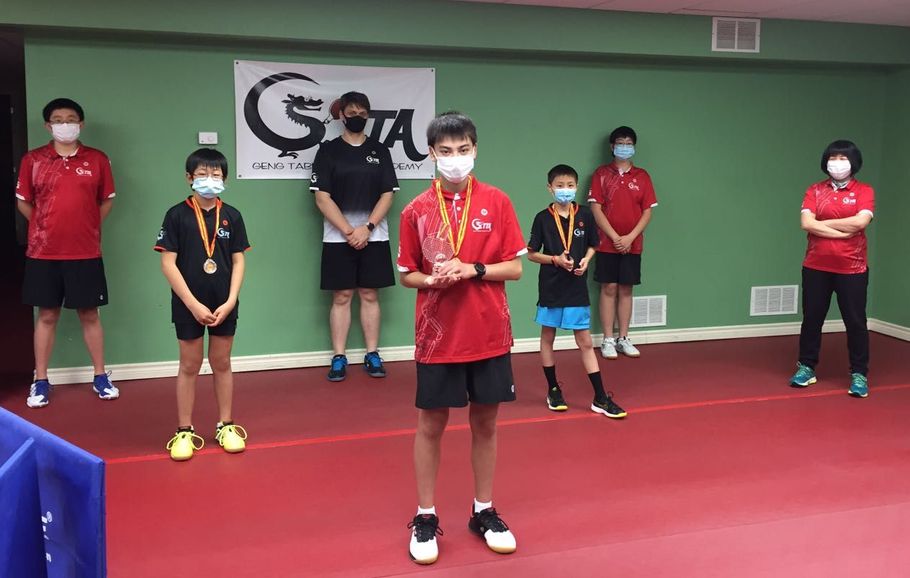 Meech Dullaert, won first place without losing one game! Aaron Du was runner up and Xie Lucas grabbed the third spot. The very same group is practicing in Geng Academy club in Ottawa. Competition manager and official on duty was John Dullaert.

NTTC Ontario has adjusted tournaments that will follow strict COVID-19 protocols. Since new health guidelines has been issued in Ottawa, York, Peel and Toronto region, the groups where national team players has been practicing has been limited to maximum 8 players and one-two more coaches/officials in a gym. Following recommendations from health and sport authorities mixing between groups is not allowed at this point, so only players from the very same group are invited to take part. While the number of participants (low) and tournament format (RR) is very different compared to tournament that we had before outbreak of COVID-19, National Team of Ontario and provincial players will keep their motivation and enthusiasm through this mini-tests. All training groups will follow risk assessment tools developed by Canadian Sports Institute Ontario.