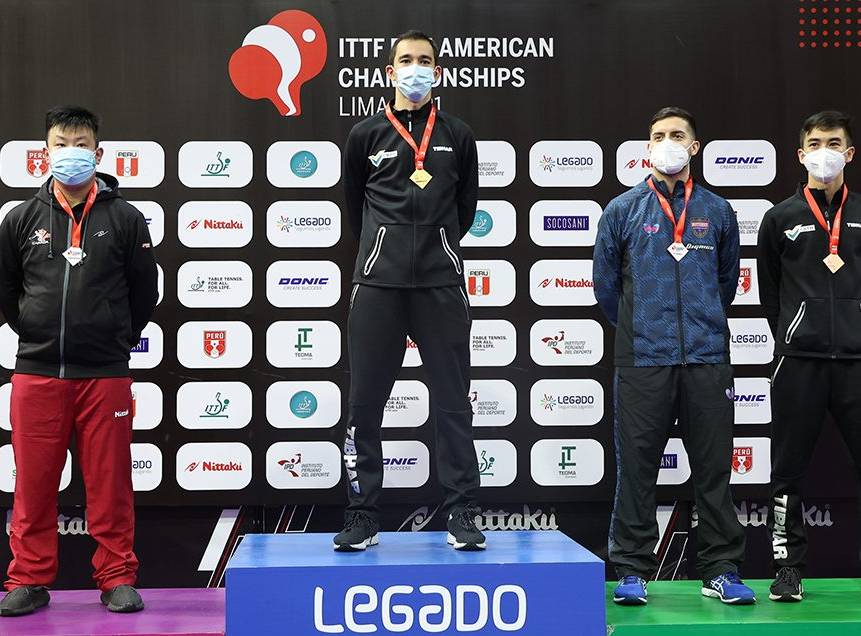 Eugene, seeded only 17 in men’s singles due to not having competed internationally in singles events for almost two years, only dropped one set on his road to the finals.

I’m disappointed that I couldn’t win or make the match outcome closer. I was leading in the sixth set (best of seven), so losing that set was disappointing. This was my first international competition since the Olympics though and I generally felt good. I was able to adapt quickly and I know that I am capable of performing well.

In the mixed doubles competition Eugene partnered with partner from Olympic Games, Mo Zhang (Vancouver), and they lost 3-1 to the team from Brazil in the round of 16.

You can watch his semi and final match on fb.