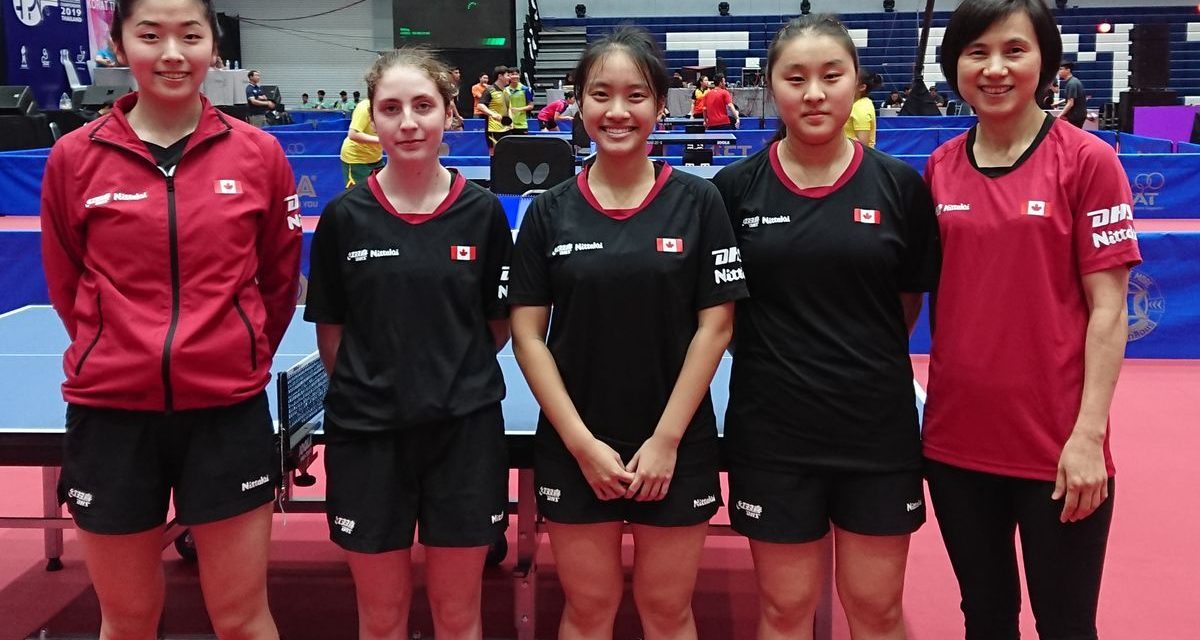 Most likely Canadian team has finished second in Group 1. In a first match our girls beat Australia 3:0. Joyce Xu won against Matilda Alexandersson (world ranked 151) with convincing 3/0 (6,4,8). Sophie Gauthier and Benita Zhou contributed with one match each against Parleen Kaur (3/2; ranked 46) and Michelle Wu (3/1; ranked 96).

In their afternoon match they faced USA. Team that has beaten them in June in the final of Pan American Junior Championships. American girls confirmed that they are one of the best teams at the Championships and won without problems 3:0.  Kelly Zhao lost against 69th ranked Crystal Wang (3/0; 7,7,7). Benita Zhou and Sophie Gauthier faced even stronger opponents. Amy Wang is 2nd at Junior ranking and already standard member of very strong USA senior team. Rachel Sung is 41st ranked, but still cadet. Sophie, was the best Canadian and she managed to come back after 0/2, but were stopped in fifth set against Rachel.

In the last group match US team is playing with Australia which is most likely just formality. US team will face one of four first seeded team (China, Japan, Taipei or Russia) in quarter-finals, our girls will play for positions 9-16 and Aussies has completed their team events.