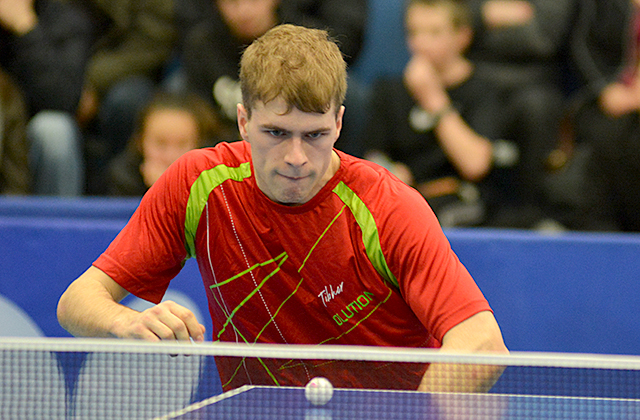 Canada has two more spots available in each category (men’s and women’s singles). Players will be announced by TT Canada.

Filip Ilijevski put up a very good performance in his semi-final match against Theriault. Tied at two games all, he had 2 game balls in the fifth. Theriault’s serve, however, proved to be a crucial tool and his most consistent weapon. Ilijevski (younger by four years) played very well and both players were praised many times by 300 spectators. Later on, Filip finished third (beating Bryan Ho – Alberta). Jeremy Hazin was  5th, Alexander Moran 6th and Moxi Guo 8th.

In the Women’s Singles, after losing to Anqi Luo in the semi-finals and Ivy Liao in the match for 3rd place, Yi Lu finished 4th. Justina Yeung was 5th after beating hometown darling Alica Côté.

Simeon Martin and Julianne Labrie from Quebec proved to be the best in Hopes category. Adrian Wei, the only Ontario representative was 4th out of 6 finalists.

Find all the results HERE.