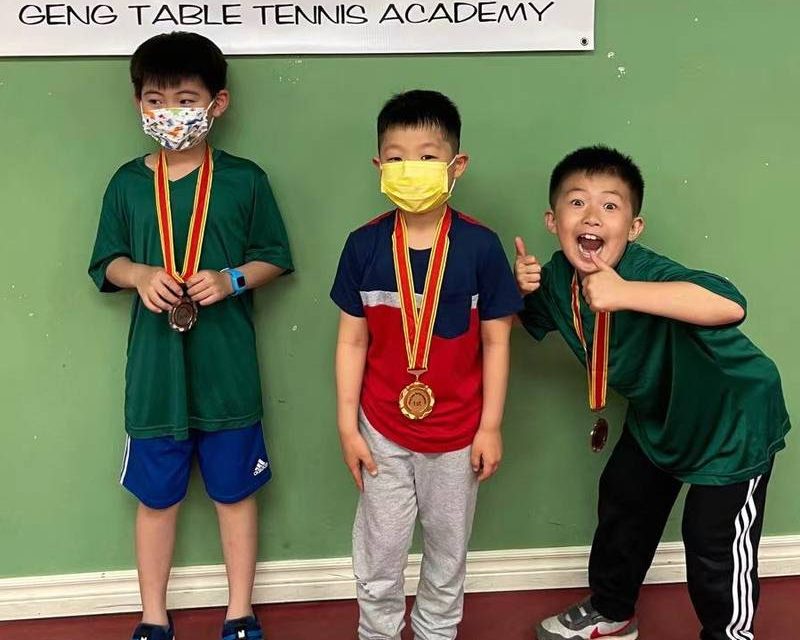 We had a couple of players drop out at the last minute and so decided to change the format to a Home and Away Round Robin, resulting in everyone playing 18 matches.  With the new rule that seeding be based on Ontario ranking, the order was a bit surprising, but being a giant round robin, there was ultimately no impact.

In the end, Judy went 18-0, as expected, but Joshua put on a good performance, managing to take one game from her in each of their matches and took the silver.  Kathleen rounded out the top three to take the bronze.

With the spread in age of the players, we also had an event within the event, for the under nine year old.  The youngest of all, Ryan, came away with the gold, with Luca taking the silver and Kaixiang taking the bronze.